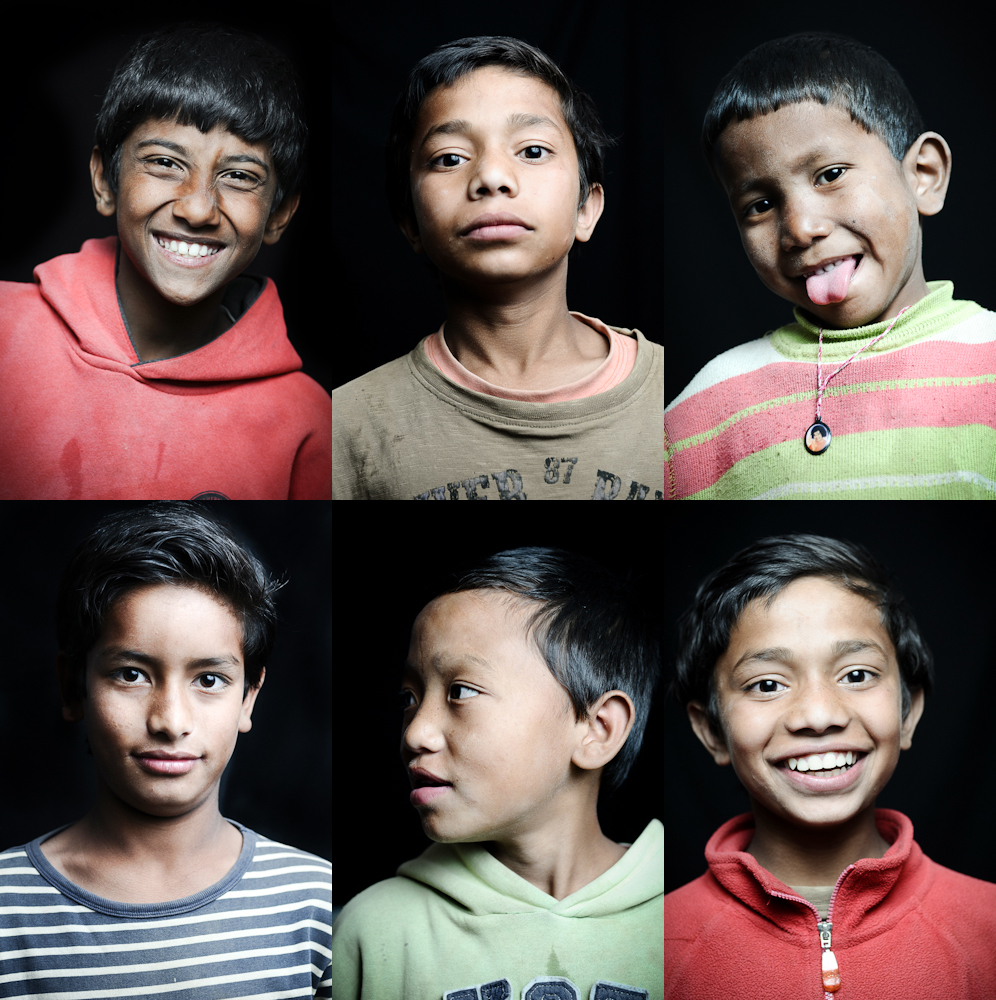 above is a small preview of a project i’m working on while i’m here. it’s proving a bit more difficult than i had thought it would be, but i still have two weeks to finish it, and i’m thinking that will be enough time.

Rabindra – a quiet man with caring eyes, Rabindra runs the house. he’s married with three children, and his family lives about a two hours drive from here. while his english is pretty broken, we’ve been able to have some pretty good conversations after the kids go to bed.

Goma – the housekeeper, Goma has lived here since she was 15. now 21, she has the most infectious laugh, and cares for the children like they’re her own. despite the fact the children help with the laundry, cleaning, and other chores, Goma’s usually the one finishing what is left undone. she also cooks all the meals, which are served twice daily. every meal is the same – rice, lentil soup, and a vegetable (which is either cabbage, spinach, or potato).

Nabin – you met him at the end of the last blog wearing my shades. he’s the youngest here at five, and he’s also been here the shortest amount of time – only a few months. while he gets along with all the other boys, he never participates when they are playing futbol due to his size, and on trips into town, he usually stays behind unless i carry him on my shoulders. he also speaks very little english or nepali (out of shyness), but his smile makes up for his quietness.

Manoj – i broke up a fight he started the first day i was here, and had to mend a neighbor kid’s bloody nose as a result of it. while i hate to say this about an 11 year old, he’s very mean spirited. he’s always faking like he is going to hit someone, always mean to the dog. and when you call him on it, he gives attitude and walks away. it’s hard to see at times.

Tul – Tul’s your typical 12 year old boy – he loves to build forts, play games, and is so eager to get my attention by calling my name, holding my hand, or jumping off the highest ledge to impress. he’s also quite smart – Rabindra said he’s finished first in his class for the past three years.

Anjil – he’s pictured bottom right in the picture above, and might just have the world’s best smile. he’s been quite up until yesterday, but seems to be very polite. his english isn’t the best, but he loves to have a good time and graces me with that smile about 245 times a day – and it’s a welcomed present every time

Shivaraj – by far, he’s the smartest boy here. Always first in his class, always winning the games we play, and witty – last night while i was showing the boys constellations and telling the story of orion, he was the one who asked the most intelligent questions and i can see he’s always on the quest to learn. he’s in the above photo as well – bottom left.

Ashok – the oldest at 16, Ashok is your typical 16 year old. he ignores both Hana and me, and goes off to work during the day. at night, he’s usually in his room unless there is a movie playing. i’ve yet to talk with him, and don’t think i will the entire time i’m here.

Santa – a nice boy, but very attention seeking. he’s always in your face, always doing something to make me notice. sadly, this often comes at the cost being scolded by Goma or Rabindra.

Bijaya (BJ) – also very quite, BJ finally spoke to me for the first time last night while looking at the stars. he loved it! he had so many questions, and didn’t want to go in for bed. still, he’s timid, stays behind a lot when we go to town, and looks quite sad more then i care to have him look that way. he also came here at an older age, so i’m sure he remembers his parents more than most – all the other boys with the exception of Nabin have been here for more than six years.

Bikash – i hate to play favorites, but Bikash is just so likable. he’s so polite, so caring, so happy to play the simple games all the others don’t care to play. and like Anjil, his smile warms the heart (see top left in the photo above). i was quite surprised to hear last night from Rabindra that he struggles in school, and that he failed nearly all his classes last year. when i asked him about it, he said he’s bored with what they have to teach, and that he doesn’t care about school. he’s not dumb – his english is perfect, and he knows pretty much everything i’ve introduced to him – i think he’s just more interested in popular culture than formal education. oh, and he loves to sing.

Suko – like Tul, Suko’s another average 12 year old. loves to play, loves to get dirty, and loves to push my buttons by yelling at the dog. he does listen, though, and i can see he’s being a bit nicer to Boxer (the dog) everyday.

and last but not least, Boxer, the family dog – like most dogs here, he’s a mutt, and i’d guess there’s a good portion of some small terrier breed at work there. regardless, he’s a sweet dog, and usually sits at my side on the front porch each morning while i drink my tea. while Rabindra treats him well and he sleeps inside at night, the children are often a bit unkind to him, and he’s very timid as a result. if i succeed at nothing else while i’m here, i hope to instill a small amount of the value of kindness to animals in each of the children.

i hope this gives you a little better idea of who’s here, and i’ll leave you with some of my favorite pictures of the kids doing what they do. i realize i’m not posting up a ton of information for you all to read – part of the reason is due to the fact i’m not finding much time (or internet availability) to post. and i think the other part is that what i’m feeling here is often so hard to put into words. i can’t say i’m sad, but it’s not a happy place to be. it’s very frustrating at times, but other times i’m so glad to be here to experience this place. i’m doing my best to let you know how it’s going, but hang with me as i struggle to find the words. 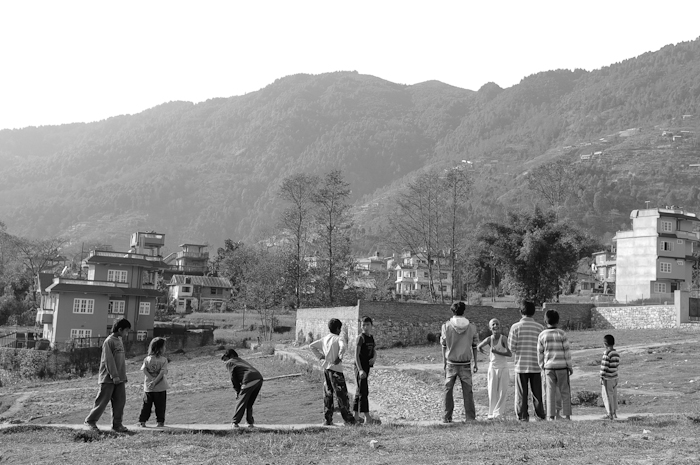 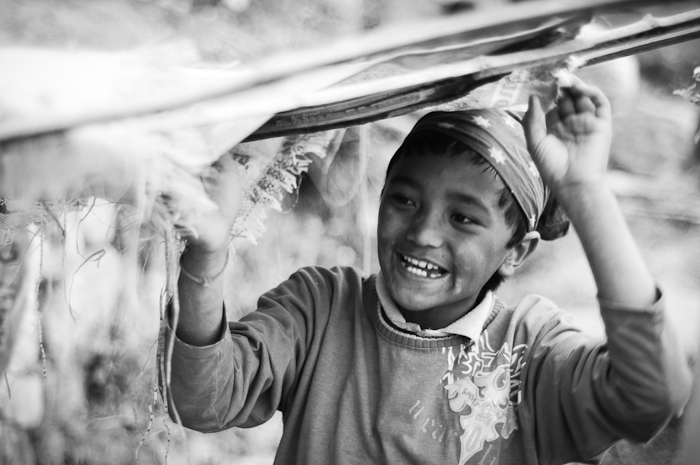 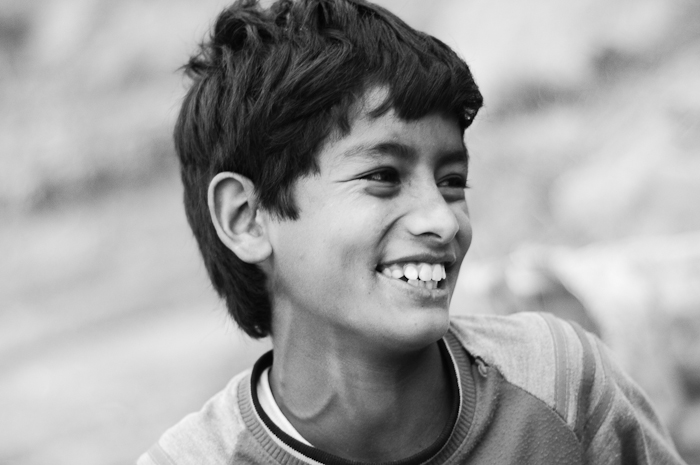 2 Comments on “the gang”