budva this morning was wonderful. we slept in a bit late, but were up and out for a stroll around 9am.

after about an hour walking around our hostel in the Old Town part of the city (which was an old stoned fortified village), we headed out down the coast of Montenegro towards Ulcinj. Ulcinj didn’t have a ton to offer in terms of views, but the drive down along the coast was pretty great. 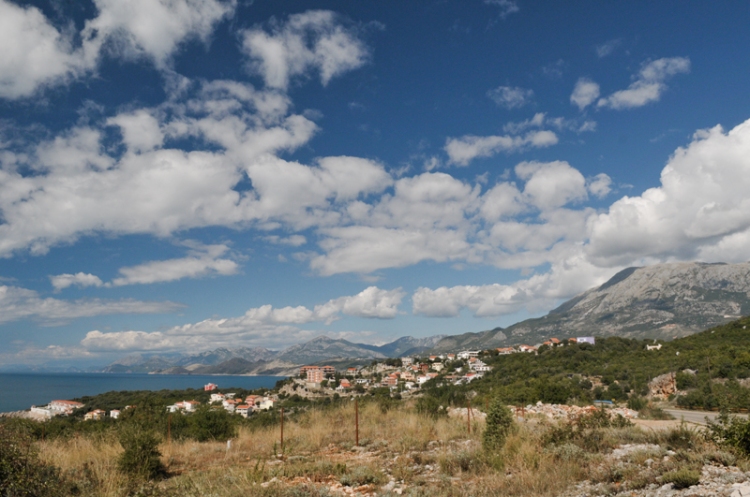 from there, we made our way across Albania and arrived a few hours later than we had hoped to in Ohrid, Macedonia.  compared to the coastline in Montenegro, Albania was quite dull.  we did cross some huge mountain ranges with unbelievable roads, but for the most part we were glad to get through and on the next country.  Albania was also quite rundown – almost to the point we didn’t want to stop in certain places to have a better look around.  still, i’m glad i saw it.  and driving those roads in the mountains really was a blast!  (in an “HOLY SH*T, WAS THERE REALLY NOT A GUARDRAIL AT THAT LAST CORNER?!  THAT DROP OFF WAS ABOUT A MILE DOWN!!!” sort of way.)  not to worry, though, as we are pretty much through all the mountains we will be passing this trip.  whew!

i really didn’t shoot that many photos driving though Albania – not much to shoot, i guess.  but like i mentioned earlier, we got in later than i had hoped, and because it’s fairly late, i going to wrap it up.  but i’ll give you an update tomorrow with more details about today, like the crazy boarder crossings in Albania, driving through the city of Mullet, and Bob eating hot dog and brat flavored chips.  GROSS!  for now, though, i’ll leave you with a photo of the mountain road we drove on about 45km from the Macedonian boarder.  the sun was setting, i was driving that car like i stole it, and it totally made the drive through Albania worth it.

5 thoughts on “Macedonia by way of Albania”